I'm looking for some input regarding how to reduce the flow routing continuity error in SWMM.

I have 7 years of rainfall data; so I tried isolating storm events. Some time periods have lower error than others but no real pattern is evident. I also changed the routing time step but again did not see a significant impact.

Has anyone run into a similar problem or have suggestions of how to reduce the flow routing continuity error? The SWMM5 manual suggests a 10% error as an example of acceptable error but how does one determine an acceptable magnitude of error?

In my opinion, 12.9% is a little too high, and certainly worth investigating.

When this happens in one of my models, I look at the usual suspects:

It sounds like increasing development will increase the flows, so I would look for pipes that surcharge, manholes that flood, things that happen in your second model that didn't in the first (and kept the error low).

If you have a secondary drainage system (like drainage through the road system on top of the pipes), that transition can be delicate and lead to continuity errors.

I've had these problems with models of existing systems, too. Here are some things I've done to reduce error.

I've found that error tends to increase at nodes where a steeper (i.e. greater than critical) pipe flows into a flatter (i.e. less-than-critical) pipe when the node changes from free-flow to pressure flow. My solution was to change these nodes from junctions to storage nodes with a small area (~1-2 m3). This tended to dampen of some of the "spikes" that occur in the hydrograph when these nodes surcharged (it had the added benefit of removing some transient floods that I know were not representative of the system's performance).

Another source of error that I've found is a node where the outlet conduit is above the inlet conduit. I've found that when a volume of water is "trapped" in the conduits upstream at the end of the simulation, continuity error increases. I'm not sure if this is because the flat water surface causes some conduits to be treated as full from node to node, even though they aren't) or some other reason. Regardless, my solution is to introduce some way to remove the remaining water from the trap after the event but before the simulation ends (I usually simulate a small pump with a control rule that prevents operation until the simulation ends). This cut the continuity error, often dramatically (3% to 0.5% in one instance).

I've also found that orifices and outlet links that reverse flow (flood due to inadequate downstream pipe capacity) can cause some bizarre results. In spots where I've designed a dual drainage model but I know that the outlet pipe's capacity (as opposed to the inlets' capacity) are really governing the behaviour in an area, I'll combine the surface storage and manhole/inlet nodes into one storage node with a storage curve that is representative for that area. All links into and out of this area are then connected to one node whose invert is (likely) the invert of the manhole. This works particularly well at the top end of a lateral with a large tributary area where you're interested in how much water floods into and/or is diverted into the streets.

DAYS TO NEXT CONFERENCE:   194
International Conference on Water Management Modeling 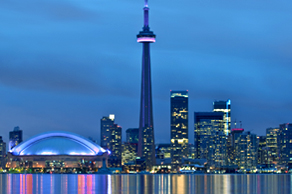